Souvenir explores the deserted inside of contemporary 36-hour- minicruise ferry ships between the Netherlands, Germany, Norway and the UK. As a low-budget replica of luxurious Caribbean cruises, the ship is in a constant state of transit, never arriving at a final destination. On board settings and décor bear reference to a European history of seafaring and trade while the actual ocean remains distant – in surveillance monitors, the on-board cinema and panoramic window fronts.

A female voiceover is composed out of original testimonies by partners of sailors, circling around topics of distant love, fake luxury, colonial artifacts and a departure from society’s expectations.

Starting from a documentary observation of the inside space, the limits of outer and inner reality become blurred over the course of the film. Single souvenirs as fetishized objects turn into a unified ornament as the point of view shifts from the individual to the collective. Memories of a colonial past draw a connection between the ship as a symbolic arsenal of imagination and the nautic space of the cinema.

“ Set aboard an abandoned cruise liner during a dark and stormy night, the ship’s eerily empty corridors and dance halls are brought to life by the testimonies of various women who lost their husbands to the sea. Exploring the totemic power of romantic ornaments, the film positions these interviews against the souvenirs their husbands brought home. Each keepsake radiates with memories of abandonment and loss, but Gossing and Sieckmann are more interested in negotiating the conflict that arises when material objects from places of tourism are implanted in the home.

The best example of this is a pair of earthenware Staffordshire dog figurines. Sometimes referred to as “Wally dugs,” these porcelain statues often took pride of place on the mantelpiece. However, after discovering they were routinely purchased in the brothels frequented by British sailors, their role changed, with one woman explaining how she would use them to signal her lover. Moving the dogs to the windowsill, she would place them back to back if her husband was at home, but if the dogs were facing each other, it meant the coast was clear.

These items of memorabilia, coupled with the faded décor of the cruise liner, allude to a history of seafaring in which luxury and exploitation go hand in hand. Interrogating the fetishization of intangible experiences, “Souvenir” depicts how the legacy of colonialism lives on through the trinkets lining the mantlepieces of many UK homes. But this nostalgia isn’t just confined to Britain, with many of Europe’s former imperial powers struggling to reconcile their postcolonial melancholia.“ 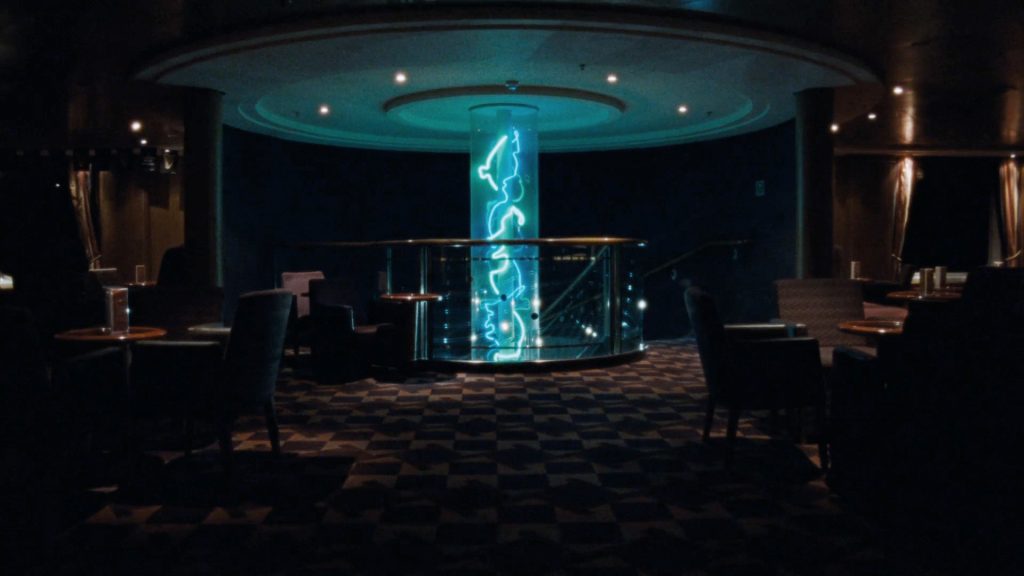 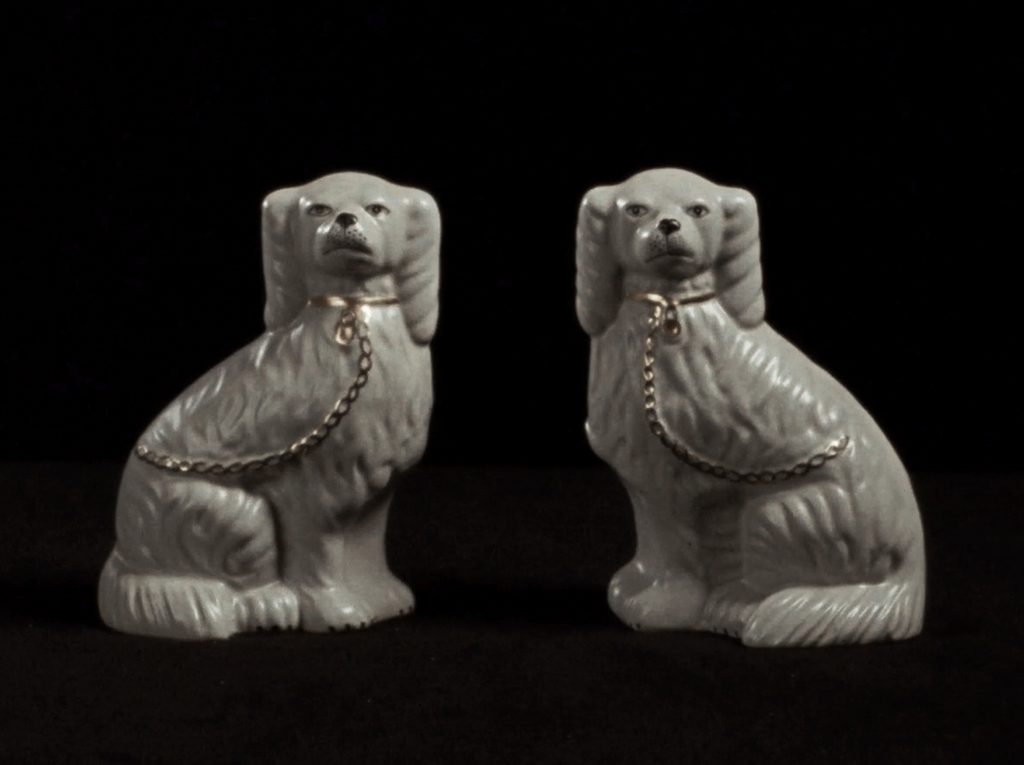 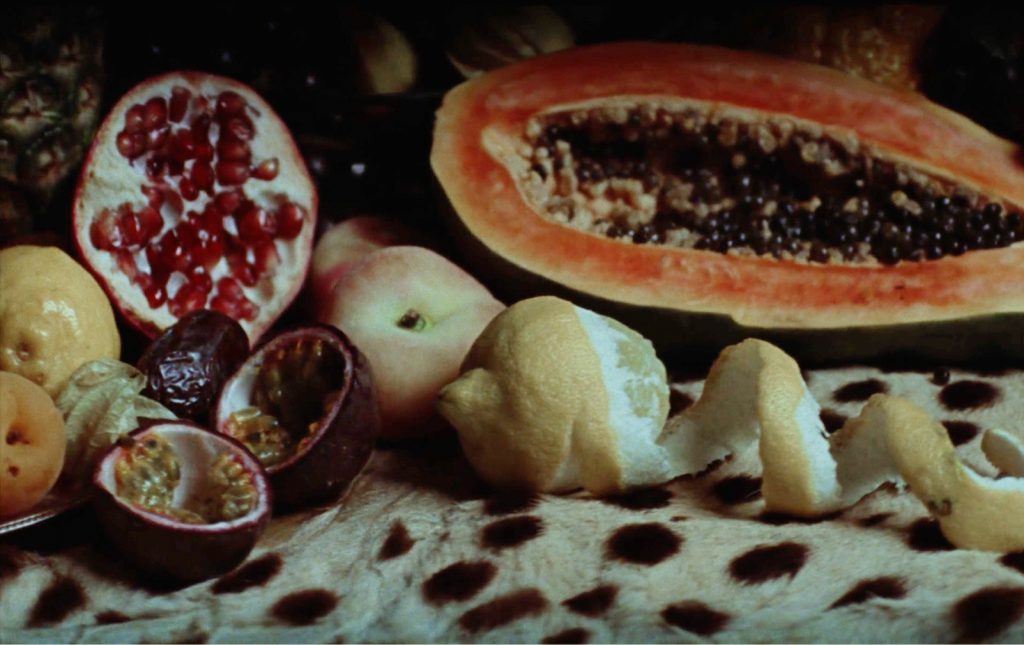