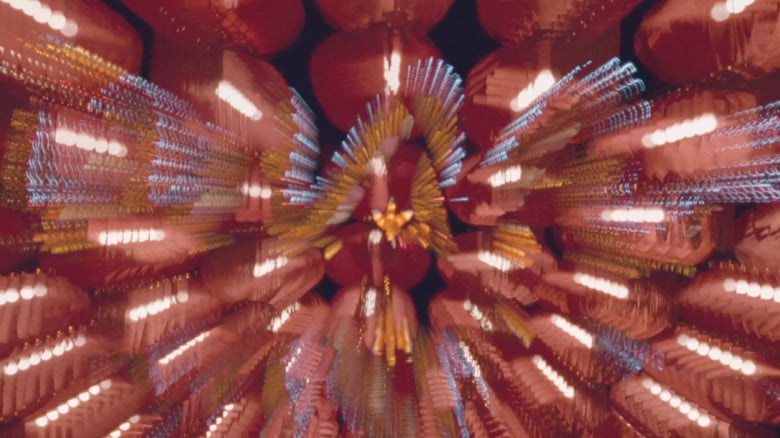 The music video China Light is a cooperative project between artist duo Gossing/Sieckmann, editor and VFX artist Nicole Wegner, and the noise musician GUAN from Beijing, China. Filmed on 16mm film at a re-staging of a traditional Chinese Light festival in the Zoological Gardens of Cologne, Germany, the video takes images and surfaces of an exoticized view on chinese culture and merges them into a vivid trip. Blurring and shifting into a frenzy state of perception the film reveals an aestheticized and uncanny wilderness becoming an ecstasy of colors and shapes. Ghosts of animals, animated lifeforms and artificial plants arise and drone to the ambient and otherworldly sounds of GUAN.